Lie group analysis is a growing field of mathematics with numerous applications. Ideas of symmetry and invariance that lie at the core of Lie’s theory, permeate all mathematical models in natural and engineering sciences. ALGA is an international research centre aimed at producing new knowledge and enhancing the understanding of classical and modern group analysis.

The main objectives of ALGA are:

ALGA carries out research and provides research projects in theory and applications of Lie group analysis in the following main areas:

Sophus Lie showed that the old methods of integration could be deduced simply by means of his theory. In particular, Lie reduced the classical 400 types of equations to 4 types only!

However, students, teachers and engineers still use ad hoc methods presented in traditional texts instead of dealing with Lie’s four canonical equations. “Often the less there is to justify a traditional custom, the harder it is to get rid of it” (M. Twain).

ALGA develops courses based on Lie group analysis. We developed new mathematical programmes using Lie group methods in differential equations and mathematical modelling in nonlinear sciences. Introduction of these courses into curricula attracted more than 100 students instead of 10 at Moscow Institute of Physics and Technology, and 60 instead of 12 at Blekinge Institute of Technology.

ALGA publications include Archives of ALGA, textbooks, monographs and lecture notes on group analysis. When possible, a link has been provided to the online version of the publication. Requests for hard copies of these materials can be sent to

The following publications are available on the  DIVA portal:

Search for publications on the DIVA portal

Another possibility is to look for books and articles on ResearchGate 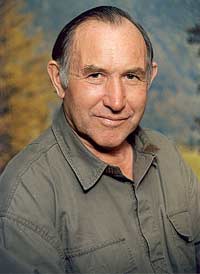 Nail H. Ibragimov was educated at Moscow Institute of Physics and Technology and Novosibirsk University, and worked in the USSR Academy of Sciences from 1965 to 1993. Since 1976 he lectured intensely all over the world. During 1994-2000 he held a professorial position in South Africa. In 2000 he became  Professor of Mathematics and director of ALGA at the Blekinge Institute of Technology (BTH), Karlskrona, Sweden. Today, Nail Ibragimov is Professor Emeritus at the Department of Mathematics and Natural Sciences at BTH and  director of ALGA  .

Professor Ibragimov is widely regarded as one of the world’s foremost experts in the field of symmetry analysis of differential equations. He initiated and conducted major developments in theory and applications of modern group analysis. His contributions are: theory of generalized motions in Riemannian spaces containing Killing’s equations as a particular case (1969); extension of Pauli’s group for the Dirac equations (1969); differential algebraic approach to conservation theorems and proof of the inverse Noether theorem (1969); discovery of a group theoretic nature of the Huygens principle in wave propagation and solution of Hadamard’s problem in space-times with non-trivial conformal group (1970); new conservation laws in fluid dynamics (1973); new theories on Lie-Bäcklund transformation groups (1979) and approximate symmetries (1987); nonlocal symmetries in mechanics (1987); symmetry approach to fundamental solutions and invariance principles in initial value problems (1992); derivation of Laplace type invariants for parabolic equations (2000) and solution of Laplace problem on invariants of hyperbolic equations (2004).

Apart from research, Nail Ibragimov took a keen interest in popularization of the philosophy of Lie groups. In 1983 he started a series of annual conferences MOGRAN (Modern Group Analysis) which is a world wide known international forum in this field.