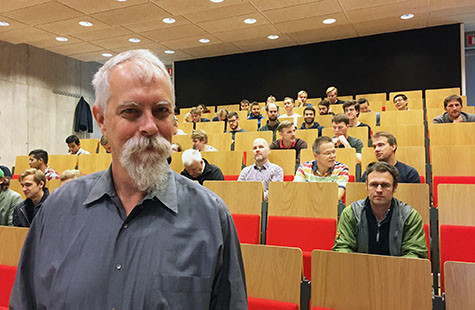 Every summer, 1,000 students are accepted for the various internships offered by NASA Ames Research Center. The students are undergraduate as well as graduate students, with different educational backgrounds. The purpose of the internships is to inspire, engage, educate and perhaps even to employ the students.

Today, Robert Dahlgren of NASA Ames was at BTH to give a lecture on how the student projects are organized and what the students learn during the three intensive summer months at the Autonomous System Development Lab at NASA Ames.

– We teach you stuff they don´t teach you at University, says Robert Dahlgren.

The students have access to real aircrafts that they are allowed to rebuild. After being thoroughly tested they can hopefully be used in civilian situations, such as detect oil spill or to predict volcanic eruptions.

–  Our students have managed to go from concept to a functioning flying craft in eight weeks, he concludes.