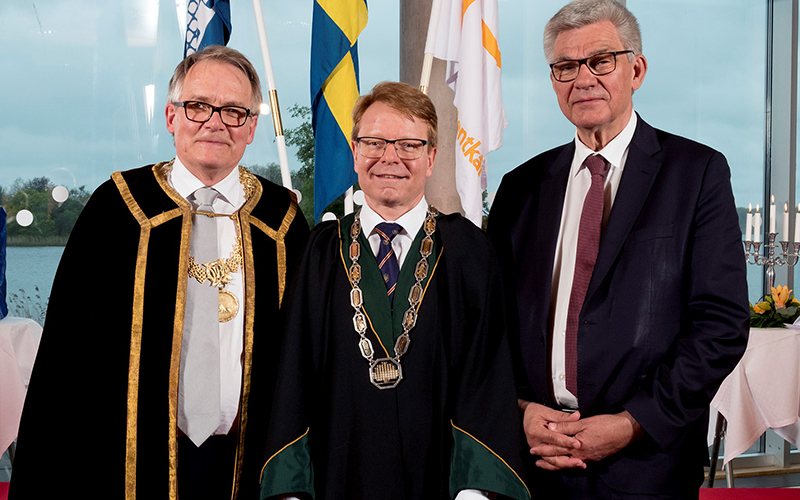 BTH’s Vice-Chancellor Mats Viberg was inaugurated today at the academic ceremony. Six professors were inaugurated and 15 were conferred to a doctor´s degree.

Peter Örn, chairman of the Board of Governors, gave everyone a warm welcome to this year’s academic ceremony.

Mats Viberg is BTH’s fifth Vice-Chancellor. He is a professor of signal processing at Chalmers University of Technology, where he has been the pro-vice-chancellor 2011–2017.

After the Vice-Chancellor’s inauguration, sex professors were inaugurated:

At the academic ceremony there was also a doctoral degree ceremony. At our two faculties; Faculty of Computing and Faculty of Engineering, 15 were conferred a doctor’s degree.

In addition, the entrepreneur Mikael Blomqvist was conferred to honorary doctor at BTH.