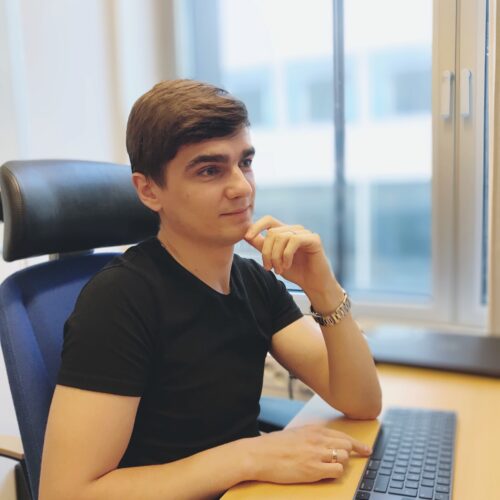 Roman-Valentyn Tkachuk is a Ph.D. Student in the Computer Science department at Blekinge Institute of Technology working in the cyber-security branch.

Roman-Valentyn Tkachuk has got his M.Sc. in cyber-security in 2018. Before starting his Ph.D. he had worked as an industrial Secure Software Engineer. After starting his Ph.D. in 2019 he has taught as an assistant in Malware Analysis and Cloud Computing courses.

His research interests include security testbeds and cloud-based services security. During his Ph.D. he had participated in several projects:

At the moment he conducts his research in KKS HÖG Symphony (Supply-and-Demand-based Service Exposure using Robust Distributed Concepts) project which aims at investigating and solving the problem of exposing services by a marketplace in Cloud-native and federated environments, addressing the security, confidentiality, privacy and provenance needs for future applications of digital societies.