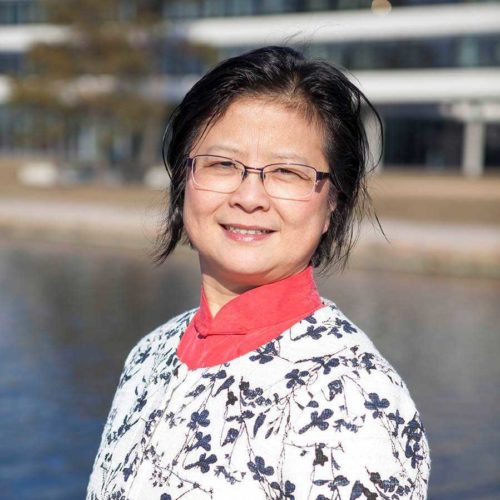 Department of Mathematics and Natural Sciences

Sharon Kao-Walter is a professor in Solid Mechanics since April 2015 at the department of Mechanical Engineering in Blekinge Institute of Technology (BTH). Sharon took her Bachelor of Sc. from Shanghai Jiao-Tong University and got a Technology Licentiate Degree from Lund University of Technology in 1991. After working for 8 years as a development engineer at Tetra Pak in Lund, she moved to BTH as half time’s teacher and achieved her PhD degree from BTH 2005, she became PhD supervisor (docent) in 2011. Additionally, she is also a guest professor at Kunming University of Science and Technology (KUST) and Overseas Scholar in Shanghai Polytechnic University.

In her research, Sharon focuses on solid mechanics analysis of new materials and new designs in applications for the packaging and automotive industries etc. Her research is well suited in the university’s profile. Currently, she supervisor three PhD students (two are industry PhD students) and two guest PhD students from KUST.  Up to now, there are totally eight students got the doctors and licentiate degree under her guidance or as co-supervisor. She has contributed to about 50 publications in her research area. She has initiated and completed several research projects (see CV in attached).

Time as a researcher at BTH has resulted in many new collaborations with companies / organizations such as Tetra Pak, ABB, Volvo Cars and Blekinge County and the University such as Malmö University, Lund University of Technology, Royal Institute of Technology, Peking University, UCLA San Diego, University of Sydney and Oxford University. Since 2012, Sharon is a member of the editorial board of the scientific journal “International Journal of Materials and Mechanical Engineering (IJMME)”.

In her teaching, Sharon has been an examiner for four courses and currently maintains the courses: Dimensioning Methodology and Introduction to Fracture Mechanics. She has supervised more than 30 master degree students for their thesis work. She has also initiated several students and teacher exchanges’ collaboration between BTH and the University around the world that resulted of many international students choose to study at BTH. One of them has lead to the Linnaeus-Palme supported project between years 2005-2014.