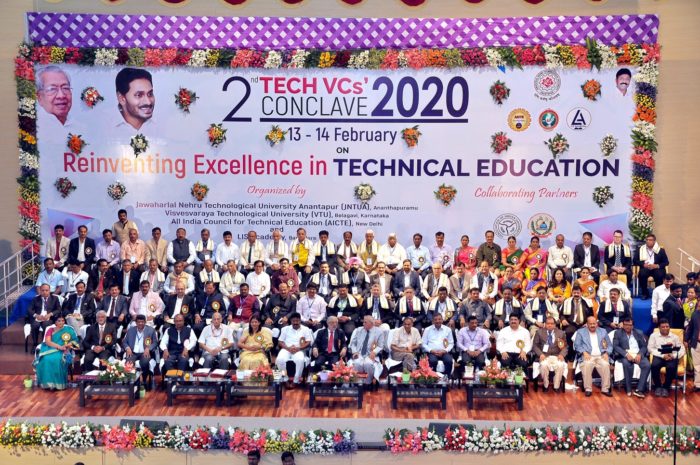 BTH participated as an exclusive international guest at the Vice-chancellor’s conclave of all India technological universities that was recently held at Jawaharlal Nehru Technological University Anantapur, Anantapur, Andhra Pradesh, India.

India’s education leaders and heads of the apex (regulatory and accrediting) bodies in the scene of Indian higher education, Vice-chancellors from sixty-five technical universities, and head of institutions from three hundred technical colleges from different parts of India participated. The invitation was extended as a result of ongoing successful cooperation with Indian university, especially with the public universities of Andhra Pradesh for the last 14 years.

Andreas Larsson, deputy Vice-chancellor and Gurudutt Velpula, deputy Director of International Affairs together represented the BTH in the conclave.

The conclave provided the future directions to the Vice-chancellors about the upcoming “national educational policy”, and the new initiatives to be taken to create quality human resource who can cater the needs of the changing global society. The  spectrum of important issues such as challenges, quality, accreditations, employability, innovation and startup ecosystems were discussed.

The conclave was inaugurated by Minister of Higher Education of Andhra Pradesh Dr.Suresh and Prof. KC Reddy, Chancellor of Rajiv Gandhi University of Knowledge Technologies and Honorary Doctor from BTH, Prof.Anil Sashtrabudde, Chairman, AICTE  were important guests to the event.

Andreas Larsson, Deputy Vice-chancellor, was one among the five-panel speakers on “Startup, Innovation and entrepuership”. The co-panel members were the key leaders of higher education in India. Andreas Larsson added a Swedish perspective to the discussion.