Regional growth is of great importance in EU transport policy instrument on the major transport axes across Europe i.e. the Trans – European Transport Network (TEN-T). The TENTacle project aims at making proposals for how planning methods and infrastructures can be further improved and developed. This in order for regions outside Europe’s main grid corridors to benefit from the growth pulses expected along the corridors. In Sweden, the TEN-T corridor runs between Stockholm and Malmö-Trelleborg, and from Oslo (Norway) through Gothenburg to Malmö-Trelleborg.

Tentacle is a three-year project with 23 partners and 65 associated organizations from nine countries, co-financed by the EU-Interreg Baltic Sea Region Program. Tentacle is a flagship project in the Baltic Sea Strategy.

As a partner in TENTacle Blekinge Institute of Technology (BTH) will do a pilot study in collaboration with partners in the project. This pilot study aims to develop a new concept in order to evaluate the transnational transportation axes thought European Union. The focus is to investigate how the feasibility of a technology based on air- or satellite-borne Synthetic Aperture Radar technology (SAR) can contribute to the operation of the overall network as well as in the details such as finding bottlenecks.

Measurements and analyzes referred to in this pilot study has not previously been available for civilian use. However, it is assumed that satellite/airborne measurements within the next decades will have a significant importance to measure human activity and behavior e.g. in transportation. BTH will in the project develop algorithms for radar satellite systems and for optical systems mounted on drones. One experiment using satellite and drone data are planned for evaluation in the project. Probably this experiment will take place monitoring activities over at least one geographic area including one port. 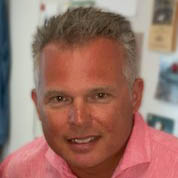