Computer science is a very broad area of research that includes several different disciplines and subjects. At BTH, we have chosen to focus on the following areas: 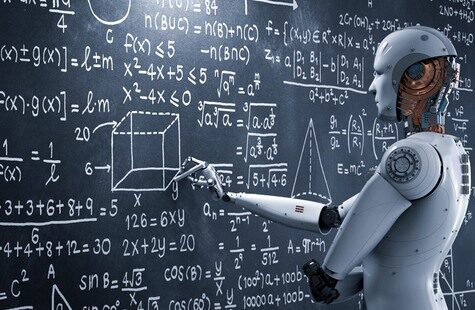 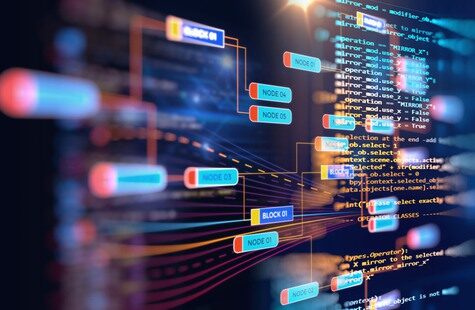 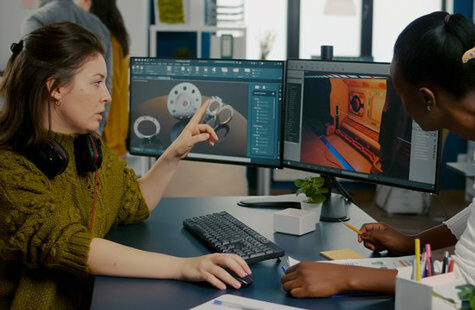 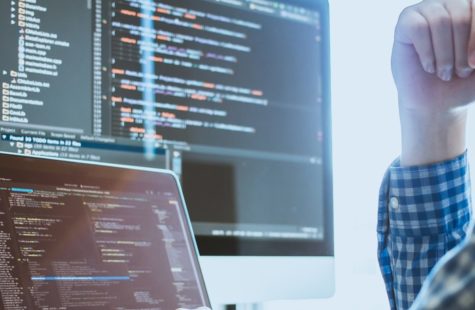 The researchers are studying different techniques for handling large amounts of data from a technical perspective with regard to, for example, storage and database systems as well as how AI, machine learning and information mining can be used for pattern recognition and trends in large amounts of data.

The research focuses on parallel computer systems, cloud-based systems and security. The research covers both practical and theoretical aspects of data processing with applications and implementations of different systems.

The research in visual and interactive computer science has a focus on, for example, computer graphics, visualisation, game technology, mobile digital media and human-centered computing. In computer graphics and visualisation, the researchers focus on modeling, animation, rendering, extended reality (AR/VR/MR), image processing and appropriate visualization and communication of 2D and 3D data.

This area considers the architectures, designs and technologies for the secure and efficient operation of next-generation software-based and cloud-based networks and systems (incl. SDN, NFV, 5G/B5G, SmartGrids, IoT, etc.). It addresses the systemic cybersecurity of data-centric, collaborative clouds and infrastructures. In addition, the field examines specific topics on security and data privacy in digital societies and for the secure trading of digital goods.

Data will be generated at an ever-increasing rate for the foreseeable future. Added value and cost savings can be obtained by analyzing big data streams. The analysis of large data sets requires scalable and high-performance computer systems. In order to stay competitive and to reduce consumption of energy and other resources, the next generation systems for scalable big data analytics need to be more resource-efficient. The research profile, Scalable resource-efficient systems for big data analytics, combines existing expertise in machine learning, data mining, and computer engineering to create new knowledge in the area of scalable resource-efficient systems for big data analytics. The value of the new knowledge will be demonstrated and evaluated in two application areas (decision support systems and image processing).

CLOUDTEST is a research project on the use of cloud technologies to reduce costs and energy consumption associated with the testing of large telecommunication systems. Today, hundreds of test servers, including at Ericsson, are used to test telecommunications systems. These servers are expensive to purchase and maintain, and consume a lot of energy. The goal of the project is to develop techniques and methods to enable the development of a “cloud” of virtual test servers. The idea is for multiple virtual test servers to share the same physical server and that the test cloud can be used by developers in different places all over the world. This technology will reduce both costs and energy consumption. The project is partly financed by the Swedish Knowledge Foundation (KKS).

BTH is working together with Ericsson Karlskrona and ILT Innovations AB on this CLOUDTEST project, funded by KKS.

Data will be generated at an ever-increasing rate for the foreseeable future. Added value and cost savings can be obtained by analyzing big data streams. The analysis of large data sets requires scalable and high-performance computer systems. In order to stay competitive and to reduce consumption of energy and other resources, the next generation systems for scalable big data analytics need to be more resource-efficient. The research profile, Scalable resource-efficient systems for big data analytics, combines existing expertise in machine learning, data mining, and computer engineering to create new knowledge in the area of scalable resource-efficient systems for big data analytics. The value of the new knowledge will be demonstrated and evaluated in two application areas (decision support systems and image processing). 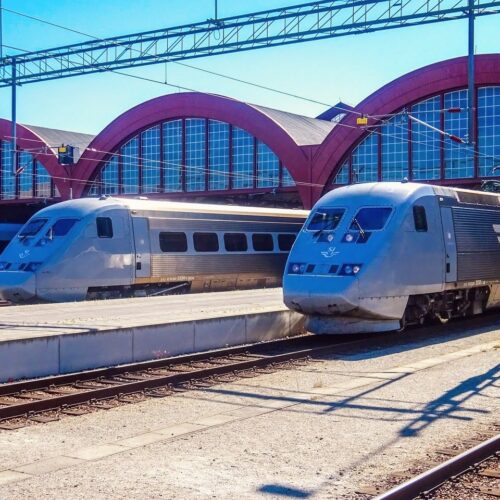 In railways, it is often not possible to avoid real-time disturbances altogether. A disturbed train may easily spread its delay to other trains, resulting in reduced train punctuality and substantial socio-economic costs. During disturbances, it is important to effectively prioritize trains, resolve the potential conflicts in the train timetable and quickly arrive at a rescheduled timetable as per the infrastructure manager’s (IM’s) goals. Currently, this task is handled manually by traffic controllers. The train timetable rescheduling problem is typically hard to solve, even for modern computers. Solving it requires exploring many alternative rescheduling decisions and quickly finding a good- enough solution based on the IM’s goals in real-time. Two main solution approaches in computer science to solve real-world problems are traditional and machine learning (ML) approaches. In a traditional approach, a computer is programmed to do various computations on input data to solve the problem and generate the solution as output. In an ML approach, a computer uses input data and expected outputs to learn how to solve the problem at hand without being explicitly programmed. The learning process results in an ML model/program, which helps to make data-driven decisions in the future using its learned experience. ML approaches have received remarkable attention in recent years. They have been shown to work well in transportation and many other problem domains, independently or in combination with traditional approaches, to tackle complex scheduling problems and get better solutions. This project aims to improve decision support for effective conflict resolution during disturbances by devising an ML model. The developed ML model will be able to assist traffic controllers in resolving a conflict during disturbances by suggesting the train to be prioritized (along with a confidence score). The model will be used in combination with a rescheduling algorithm developed at BTH (2016–2021) to speed it up and make data-driven decisions. We will assess the devised model, using various disturbances on a Swedish railway network, by evaluating the quality of the rescheduled timetables obtained by following the model’s suggestions. 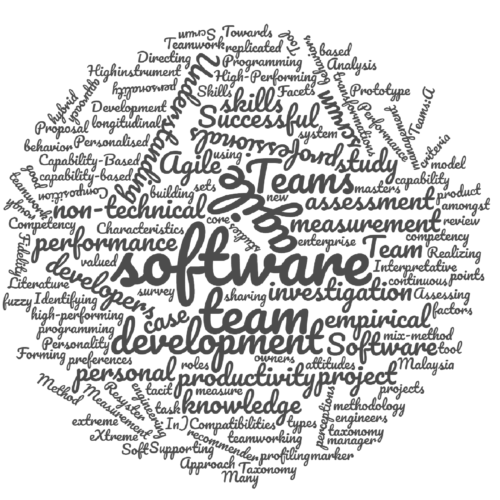 Today, the software industry is moving to agile development processes. One of the main ideas is that an agile team has sufficient skills to get the job done and does not have to rely on external experts. In traditional software development, security issues are handled by experts. However, in agile development, security issues should be handled by the team. The agile process must, therefore, be extended with security related quality control and support. Rigorous quality control may, however, reduce productivity. The level of security expertise may differ significantly from one agile team to another, and it is, therefore, important to adapt security related quality control to the security maturity level of the team. In this application, we argue that an accurate estimate of a team’s security maturity would be helpful in many ways. 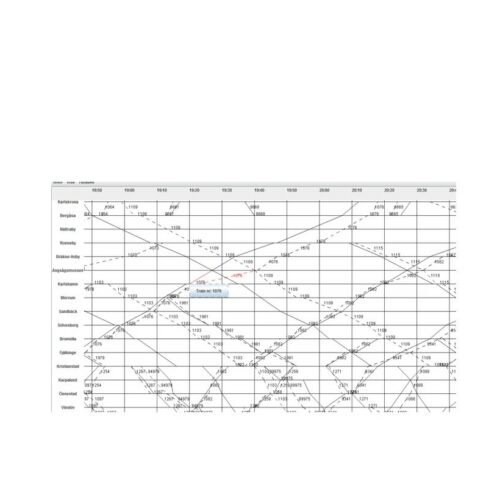 The need for and potential of using computational decision-support system for real-time railway traffic management has become more apparent the last years. In the research project TRANSFORM, effective methods to parallelize a sequential scheduling algorithm have been developed and analyzed. The parallelization has contributed to substantial speed-ups as well as increased stability and flexibility, allowing for distributed computations and multiple objectives to be incorporated. The intention is to develop and evaluate these algorithms further within this project BLIXTEN II, with a focus on mainly three different aspects: 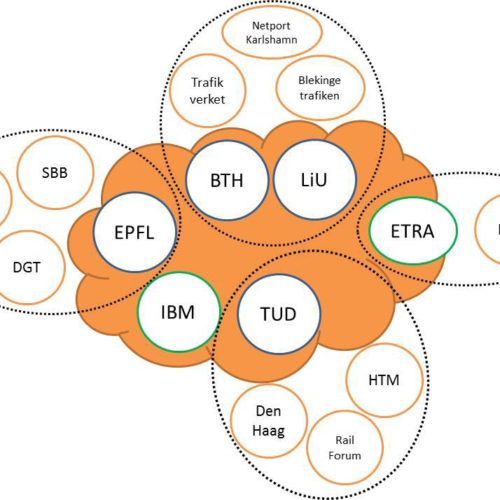 Smart cities and communities rely on efficient, reliable and robust transport systems. Managing urban public transport systems is becoming increasingly challenging with a pronounced shift towards multiply actors operating in a multi-modal multi-level networks. This calls for the development of an integrated passenger-focused management approach which takes advantage of multiple data sources and state-of-the-art scheduling support. 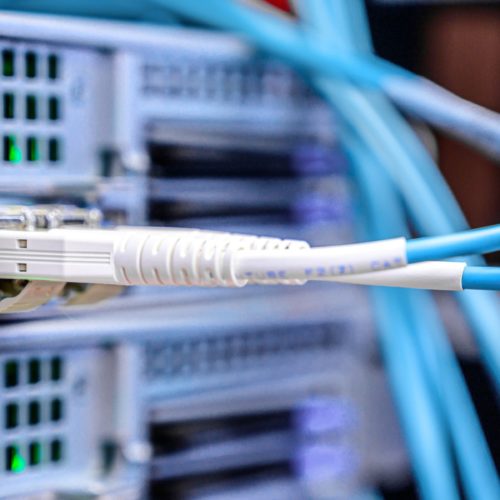 The Symphony project aims at investigating and solving the problem of exposing services by a marketplace in Cloudnative and federated environments, addressing the security, confidentiality, privacy and provenance needs for future applications of digital societies. By considering the use-case of data services for managing Renewable Energy Source (RES), the Symphony project seeks to develop solutions for securing, monitoring and accounting of service chains using blockchain-based techniques. In addition, the Symphony project applies a requirements-driven engineering approach that analyses the security needs of Cloudnative systems and of the RES use-ease as considered by the user. The project will implement a prototype for service exposure model using a service chain for RES on TRL 4/5 (“Technology validated in lab /relevant environment (industrially relevant environment in the case of key enabling technologies”).

The Bonseyes project aims to develop a platform consisting of a Data Marketplace, Deep Learning Toolbox, and Developer Reference Platforms for organizations wanting to adopt Artificial Intelligence in low power IoT devices (“edge computing”), embedded computing systems, or data center servers (“cloud computing”). It will bring about orders of magnitude improvements in efficiency, performance, reliability, security, and productivity in the design and programming of Systems of Artificial Intelligence that incorporate Smart Cyber Physical Systems while solving a chicken-egg problem for organizations who lack access to Data and Models. It’s open software architecture will facilitate adoption of the whole concept on a wider scale. 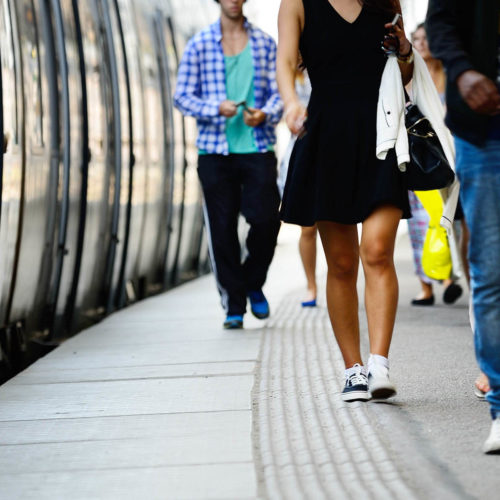 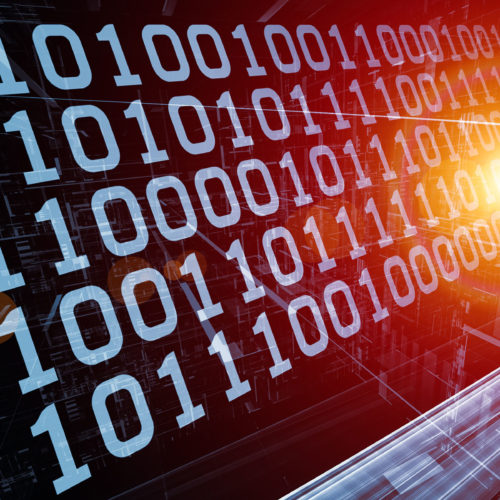 CONVINcE addresses the challenge of reducing the power consumption in IPbased video networks with an end-to-end approach, from the Head End where contents are encoded and streamed to the terminals where they are consumed, embracing the Content Delivery Networks (CDN) and the core and access networks. Energy saving is a key challenge for the European Union and the CONVINcE project contributes to win this challenge. CONVINcE helps the European industry to develop new solutions and products reducing the energy footprint of video delivery networks. The double effect gained is to reduce the energy consumption in Europe and to boost the competiveness of the European industry in the area addressed by the CONVINcE project. 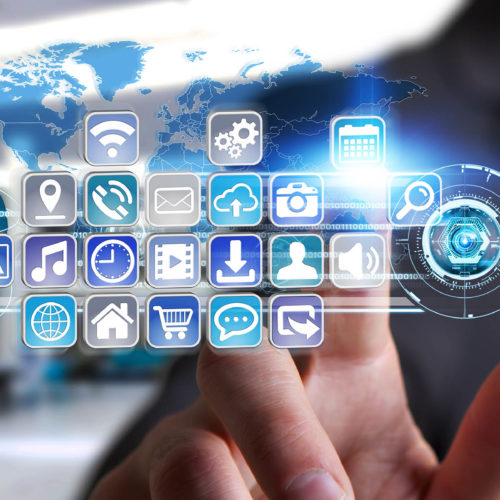 Within the Center for Computational Criminology (CCC) at Blekinge Tekniska Högskola (BTH), research and collaboration have been conducted with law enforcement agencies, mainly the police since 2012. The work was funded by the Swedish Agency for Growth between 2012-2014, by Blekinge Region in 2015 and by Vinnova in 2016 . The purpose of the work of the CCC is to investigate, develop and evaluate automated methods to simplify criminal investigations within law enforcement agencies. 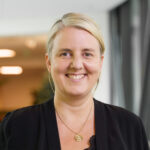